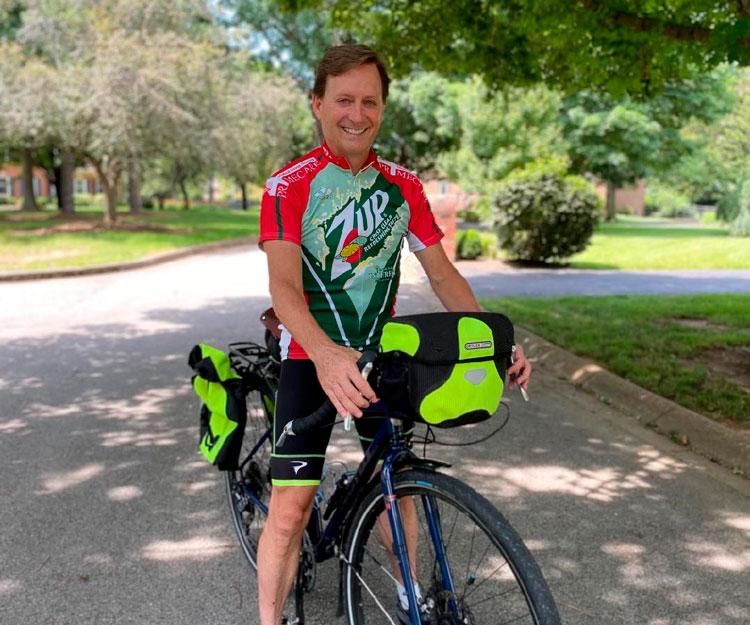 During the 48-day, 4,100-mile ride 20 years ago, Schell at age 40 raised more than $25,000 for The Unforgettables Foundation, a nonprofit 501I3 based in Redlands, Calif. Through its chapters in Nevada, Ohio, Tennessee and Canada, the organization helps low-income and cash-strapped families whose children have died pay for proper burials. On Aug. 20, Schell, now 60, set out on a 2,400-mile 20-year anniversary ride, a second fundraising trek christened ‘Dr. Randy’s Unforgettable Ride 2.0,’ to once again bring in donations for The Unforgettables, established in 1999-2000 by Schell’s college friend and former chaplain Tim Evans.

The Unforgettables has funded more than 7,500 cases since it began actively aiding families and parents in 2001. It is reliant on grants from private and corporate foundations such as the Versacare Foundation, San Manuel Band of Mission Indians, Davita Dialysis, Wescom Credit Union and the H.N. Frances C. Berger Foundation. In 2018 the California State Senate designated the nonprofit its Charity of the Year and in 2019 the San Bernardino County Medical Society recognized Evans as its Outstanding Citizen of the Year.

Schell, an avid cyclist and cardiac anesthesiologist, was influenced to participate in the first ride in 2001 in part due to the empathy he feels with those who suffer shattering losses–his first wife and their baby died in 1992.

“It was a devastating time in my life where I just basically rode my bike, went to church and read and tried to get my life back in line,” he said. “And I realized [there’s] a lot of good that I could do to share with others and attempt to raise money for The Unforgettables.”

Schell’s second fund-raising expedition will be a north-to-south adventure from Washington State near the Canadian border to a California town straddling the Mexico border. The route will parallel and crisscross the famed Pacific Crest Trail, “which means that you get to see some of the most wonderful places like, Mt. Rainier, and Crater Lake, Yosemite National Park, Sequoia National Park, Lake Tahoe and Truckee,” he said. The route, which will begin in Blaine, Wash. Will take him through Washington, Oregon, and California. He will pass through Southern California’s San Bernardino Mountain range, cycling past Big Bear Lake and down into Yucaipa near Highland and Redlands, into the San Gorgonio Pass and up Mt. San Jacinto into Idyllwild and from there through the Anza-Borrego Desert to finally come to a stop at Tecate, Calif. On the border of Mexico.

Schell will cycle to elevations of almost 10,000 feet in some passes. “That’s gonna’ be a challenge to climb with your food, your clothes, your sleeping bag and a heavy bike up through there, but I actually enjoy climbing and seeing what’s around the next bend, and it’s fun for me,” he said.

The journey is expected to take approximately six weeks, concluding on Oct. 2, give or take, just two days prior to Schell’s 61st birthday on Oct. 4. A reception celebrating the bike ride fundraiser will be held in Riverside on Sept. 25.

Schell plans to post photos and updates during his 2,400-mile ride. To follow along, visit https://unforgettables.org and https://www.facebook.com/theunforgettablesfoundation/. 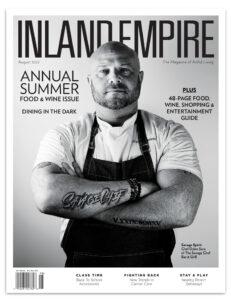