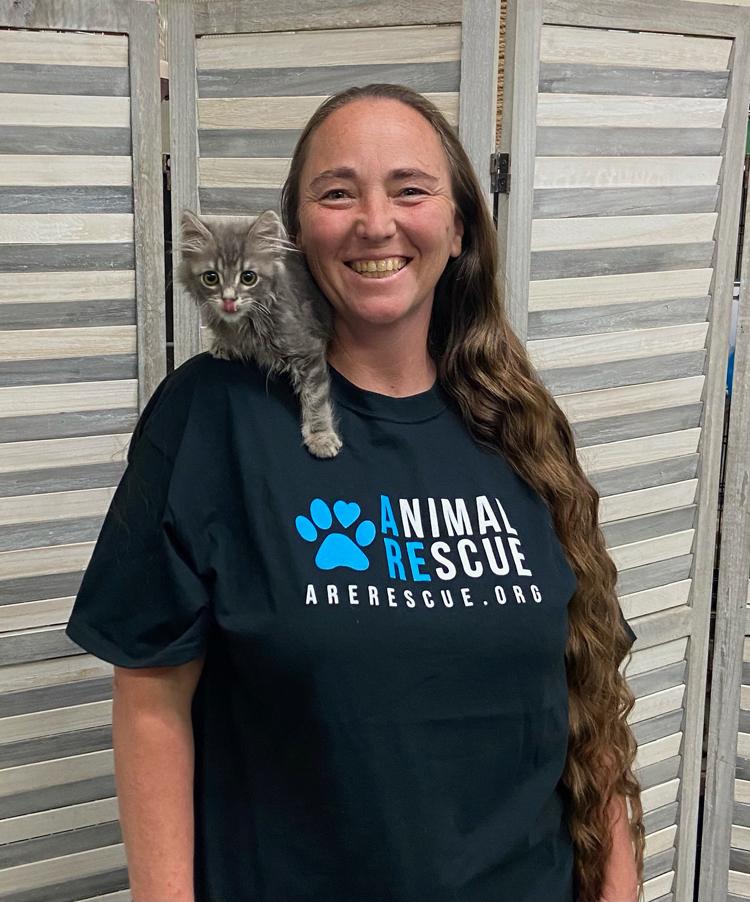 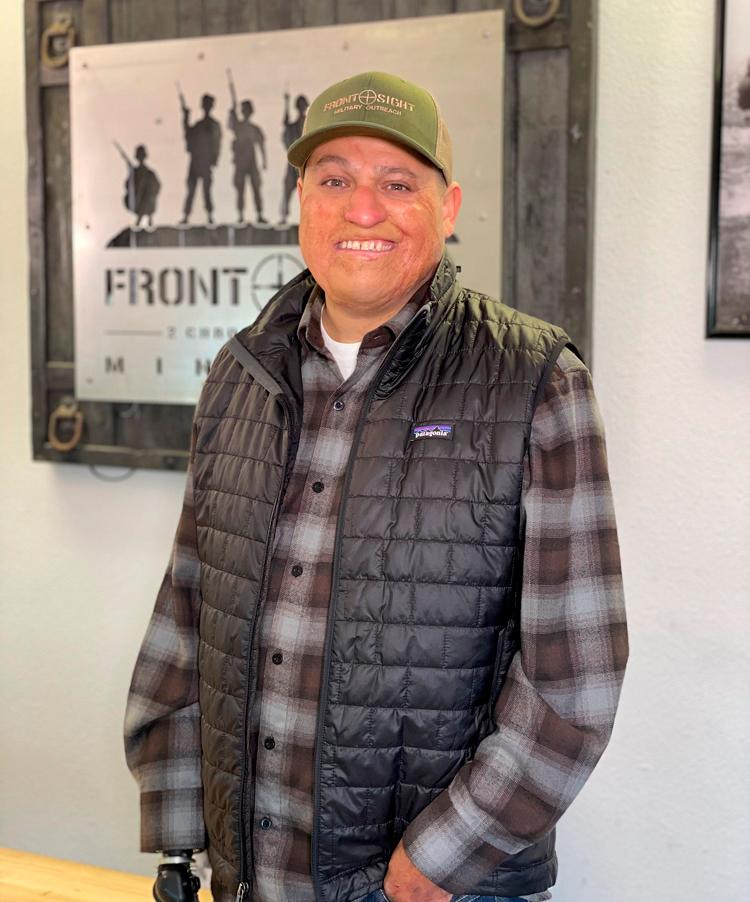 “We are proud to recognize ordinary people with extraordinary courage from across the Inland Empire that are saving lives and creating safer communities,” says Lois Beckman, Executive Director of the American Red Cross of Riverside County. “This virtual event is open to the public, and we encourage people to join us and be inspired by the stories of local unsung heroes whose contributions, especially during a challenging year, have made an impact throughout the Inland Empire and beyond.”

Amber Schlieder, ARE Animal Rescue, Hemet Amber Schlieder leads ARE Animal Rescue, an organization dedicated to saving animals at risk of euthanasia in the community. Despite the difficulties of the last year, the all-volunteer nonprofit organization opened an adoption center in Hemet, and through their network of foster homes and connections with Petco and PetSmart, found permanent homes for more than 2,000 pets. ARE Animal Rescue also provides volunteer opportunities for foster youth, who find joy in caring for animals and serving the community. Schlieder’s leadership, compassion, and humanitarian heart have changed the lives of not just the animals she has saved, but have changed the lives of foster youth as well.

Ginger Bryk, Yucaipa Animal Placement Society, Yucaipa Ginger Bryk has made a career out of rescuing cats and dogs at Yucaipa Animal Placement Society (YAPS); however, during the El Dorado Fire, her rescue efforts expanded to animals of all types. Bryk engaged her network to save and shelter dozens of animals displaced by the wildfire. The El Dorado Fire was not the first time Bryk helped in the face of disaster. Bryk also provided assistance and resources during the Sandalwood Fire in 2019. In 2017, she traveled to Texas with supplies and her horse trailer, ready to aid people affected by Hurricane Harvey. Bryk is a true hero to people and animals alike.

Scott Pinkerton and John Briner, Big Bear Lake On January 18, 2020, a family was visiting Big Bear Lake when they disregarded several thin ice warnings and ventured out onto the ice to play. All three family members plunged into the freezing water, struggling for several minutes to escape and quickly becoming exhausted. Big Bear Station Citizens on Patrol (COP’s) Scott Pinkerton and John Briner were volunteers on patrol when they observed the family in distress. Pinkerton and Briner immediately responded to the shoreline with their rescue rope throw bags and pulled all three family members to safety, saving their lives.

William Steele, Beaumont William Steele started donating whole blood while he was in the Air Force in 1962 and started donating his platelets in 1987. William lives in Beaumont and now makes the regular commute to Pomona to donate with the Red Cross every seven days, sitting in the donor chair for two to three hours at a time. Even during the pandemic, Steele remains committed to keeping his regular appointments to donate platelets, which help treat cancer and trauma patients. At 76-years-young, he has donated more than 800 platelet units, helping thousands of hospital patients.

Michael Guzman and Jose Marcia, Cathedral City On January 24, 2020, 15-year-old Mia Castillo was playing soccer at Cathedral City High School when she suffered a life-threatening event. Without hesitation, Jose Macias and Michael Guzman came to her aid and initiated life-saving CPR. Guzman is a Licensed Vocational nurse, and was the game referee, and Macias is a Certified Athletic trainer for Cathedral City High School and had practiced CPR and lifesaving skills many times. Before that day, neither had performed CPR outside of the training environment. Guzman and Macias immediately put their knowledge and skills to use, ultimately saving Mia’s life.

Octavio Sanchez, Ontario Octavio Sanchez is the Executive Director at FrontSight Military Outreach. The mission of FrontSight Military Outreach is to provide a Christ-centered community where veterans and their families can find camaraderie, trust, and healing for their visible and invisible wounds. Sanchez served in the United States Marine Corps as a Staff Sergeant and was severely injured by an IED blast in Iraq. He was awarded the Purple Heart. Trauma surgeons saved his life, but Sanchez was left with third-degree burns over 70 percent of his face and body. His right hand was amputated, he lost the use of his left hand, and his nose was burned off. Through multiple reconstruction surgeries, he is able to again look like the man he was before he left for Iraq. Sanchez turned his situation into one of service to others. Five days a week, Sanchez is at FrontSight Military Outreach answering calls, assisting members and doing anything he can to support veterans as they navigate the return to civilian life.

Zubin and Tenzing Carvalho, Hemet  Early in the coronavirus pandemic, 14-year-old Zubin Carvalho and his 12-year-old brother Tenzing knew they could make a difference. For the Carvalho brothers, the impact of COVID-19 is personal. They have lost family members to COVID-19 and have two dozen family members who are healthcare workers on the frontlines. Using their background in robotics and the 3D printer they had in their garage, the Carvalho brothers began printing reusable face shields. Soon, word spread and they were sending face shields to friends and families across the country. Eventually, their project became its own nonprofit group and grew to include 16 schools from five school districts with nine robotics teams and eight high schools donating materials and printing. Collectively, they have spent more than 6,000 printing hours producing 16,600 reusable face shields, plus 2,000 other pieces of PPE. Zubin and Tenzing have spent more than 500 hours putting together face shield kits, sanitizing, fixing 3D printers, and teaching other students how to 3D-print PPE. Their impact has been far-reaching, and their group, SoCal Face Shields for Frontline Workers, has now distributed thousands of pieces across the Inland Empire, and even to other countries.

Charles Morton, Big Bear Mountain Hotshots, in memorial, Big Bear Charles Morton was a Big Bear Interagency Hotshot squad boss who served with the U.S. Forest Service for most of his 18-year firefighting career. Morton was conducting fire suppression efforts on the El Dorado Fire in the San Bernardino National Forest when he passed away on September 17, 2020. While fighting the blaze, conditions changed suddenly and became too dangerous for Morton and his crew. Morton’s last orders were to get his crew to safety. They hiked out of the forest using hoses and voices to guide them through the thick smoke and Morton stayed behind to ensure their safety. Moments later, his final words called over the radio, “My egress has been compromised.” The American Red Cross is proud to honor the legacy of Charles Morton with the Spirit of Hope Award.

“The support of our sponsors enables us to honor individuals making a difference in our communities, as well as raise funds for vital Red Cross services across the Inland Empire,” says Yevette Baysinger, Executive Director of the American Red Cross of San Bernardino County. “We are so grateful to our sponsors for standing with us and allowing our event to continue in this virtual format.”

For more information about the Inland Empire Heroes Awards, visit redcross.org/ieheroes. This year’s virtual event is open to the public and can be viewed on Thursday, March 11 at 9 a.m. at IEHeroes.givesmart.com. 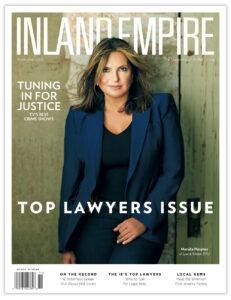 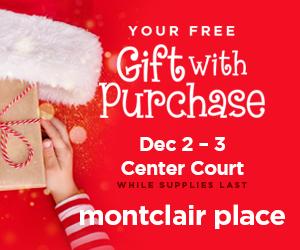