“We’re excited and honored to have competed among so many amazing breweries and to have brought back awards to the Inland Empire,” says Bryce Gotuzzo of Garage Brewing Co. “We want to congratulate all other breweries who placed as well, especially our neighbors here in the Inland Empire. As always, we want to thank our wonderful community here in Riverside County for your support and interest in our craft.”

Other Inland Empire brewers earning top honors during the 2020 competition include:

• Batch Mead, Temecula: Gold (and best in show mead/cider) for Raspberry Chipotle Mead in the “Spiced and Specialty Mead” category. 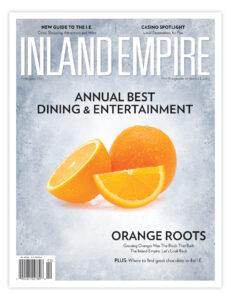