The home, one of several Hagar owns, includes living, dining and family rooms that feature 30-foot tall ceilings. Many of the rooms have cozy fireplaces. The spacious kitchen includes two large marble-topped islands and high-end appliances that make cooking for a crowd a snap. Guest bedrooms can be found on different levels, all ensuite and all containing steam showers. The master bedroom also has a steam shower, sauna and fireplace.

Hagar, who grew up in Fontana, is a Grammy-winning musician and inductee into the Rock and Roll Hall of Fame, and has been a presence in the music scene for more than 40 years. Hagar formed his first band in 1967. In the early 70s, he joined the band Montrose. From there, his career excelled. In 1977, he released the solo album Sammy Hagar which featured the song, “Red,” leading to the nickname the Red Rocker.

After several more solo albums, platinum records and sold-out concerts, he joined Van Halen in 1985. The band had four consecutive No. 1 albums before breaking up in the mid-nineties. He later returned to Van Halen to lead a triumphant 2004 reunion tour.

But music isn’t the only thing Hagar is known for. He’s also had several business successes, including his Cabo Wabo Cantinas and Sammy’s Beach Bar and Grill restaurants, among other ventures. Learn more about him at www.redrocker.com. 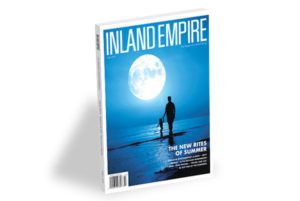